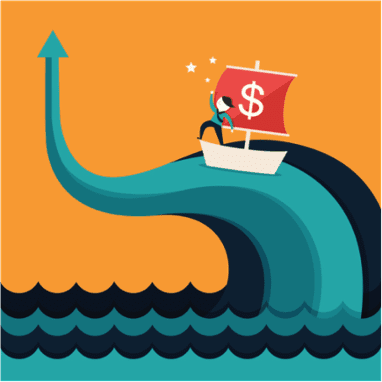 Are you seeing a hike in your sewage rates each year? Chances are you answered yes to that question and you’re not alone; according to Mary Beth Nevulis from Storm Water Solutions, people all over the country are seeing a spike in their sewer charges. On average, sewer charges for homes in the U.S. increased by 5.5percent in 2013 to $435 per year. What’s more, it is expected that sewer costs will increase by 5 percent every year for the next five years.

Things are no different in Southwest Florida.  According to the City of Cape Coral, sewer costs currently sit at $9.04 per every 1,000 gallons of water used.  The EPA states that the average U.S. household uses a whopping 400 gallons of water per day. Based on those numbers, the annual cost for sewage in Cape Coral is just over $1,300 and these rates are set to increase in October. Cape Coral also has a currentinitiative to place all properties within the city limits onto city water and sewage at the homeowner’s expense. If your home isn’t connected, it’s going to cost between $18,000 and $35,000.

In addition to hikes in cost, the environmental impact of being hooked up to the city sewer system is also something to consider.  In an article by the North Georgia Environmental Services, they share how sewage treatment plants are depleting and harming the water supply.

“The damages to our shore and coastlines have gone up almost 600% in the last fifteen years where these plants were built because they reduce, not eliminate, contaminates in wastewater.  These mechanized facilities also experience a fair number of breakdowns; every year, billions of gallons of raw sewage are dumped into our waterways because of overloading, pump failures, pipe breaks, etc.

But it is the third issue that everyone should examine closely: we are running out of water.  Every day, cities and suburbs draw billions of gallons of water from local aquifers (temporarily stored in water towers and reservoirs), where it is sent to the homes and businesses.  This contaminated water is then sent to a treatment facility; however, rather than returning it to the aquifers where it came from, it is discharged to a river that leads to the ocean.”

They go on to mention that Florida, specifically the southern parts of the state, is seeing a huge environmental impact.

“It wasn’t that long ago Florida had too much water; but today, in the southern portion of the state, groundwater has been pumped out in such massive amounts (faster than rain has replenished it) that the water tables have dropped below sea level, which allows salt water to intrude into the fresh-water supplies.  As a result, thousands of domestic and municipal wells have been contaminated and rendered permanently unusable.”

If you’ve considered making the switch to a septic system or have thought about switching over to city sewer, here are some of the cost and environmental benefits of being on a septic system.

The Cost Benefits are Huge
As mentioned before, being connected to the city sewer system can be pretty costly and the price is increasing annually.  The average cost to connect a home to a septic system is between $5,000 and $15,000.  For optimal maintenance, it’s best to have your tank pumped every 3 to 5 years.  At Crews, the cost for a pumpout starts at $295.  This cost is small potatoes compared to the annual cost of city sewer.

Your Environmental Impact Goes Way Down
If maintained properly, septic systems last indefinitely and help to recharge the local water tables.  Instead of depleting your town of its most valuable resource – its water – you are contributing to its preservation for generations to come.  Septic systems are also far more efficient than wastewater treatment plants. As we’ve stated before, an estimated $4 Billion is spent annually on energy costs to run drinking water and wastewater utilities.  Septic systems improve your carbon footprint by using much less energy.

As long as a septic system is well-maintained, the benefits are insurmountable compared to city sewer in both cost and environmental impact. If you live in southwest Florida and need more information on your septic pumpouts, click here for a $25.00 coupon.